Several good websites on Roman law make it less necessary to give here detailed and extensive information. We treat here successively of the history of Roman law, its structure, character and content, the sources – and modern translations – and the modern scientific literature. At the bottom of this page there are links to important sites on Roman law.

The earliest history of Roman law is lost forever. Rome existed already as an Etruscan town in the eight century B.C. The first known source of Roman law are the Laws of the Twelve Tables from the mid-fifth century B.C., written in early Latin. After the period of the kings two consuls and the Senate governed Rome. Only few people knew something of the law before the Twelve Tables were erected to provide some legal security. Members of well-to-do families, most of them patricians and senators, gave juridical advice when asked for. The Senate itself proposed laws or voted on proposals of the consuls. More is known about the period of the Late Republic (200-30 B.C.). The praetor, one of the Roman magistrates, published each year his edict in which he announced how he would apply the laws. The censors had a legal task, too, the upholding of mores. From Cicero’s pleas and letters one gets a vivid picture of actual jurisdiction during the Late Republic. Legal experts started to write books. In this period Rome had grown from a tiny city state into a vast reign. 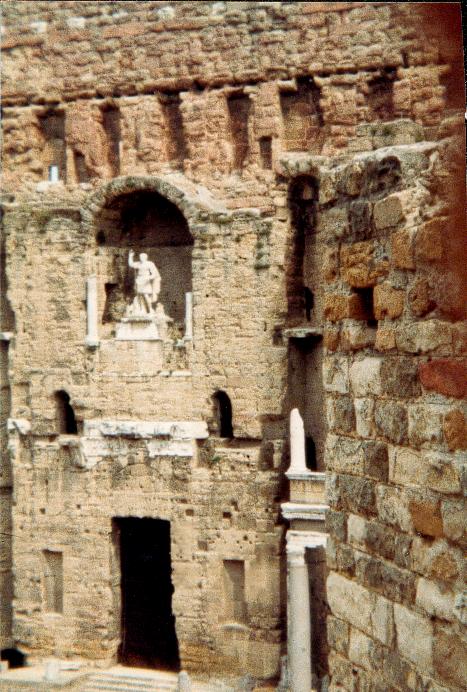 During the Principate great jurists were active, who were sometimes employed by the emperor. Famous among them were Ulpian, Papinian, Paul and Julian. The mysterious Gaius wrote an introductory law book, the Institutes, almost the only completely surviving manual. The letters of governor Pliny show some of the legal questions he posed to the emperor. The praetorial edict became fixed. Emperor Theodosian tried to impose some legal order with his code of law. During the confusing times of the Late Imperium Justinian (early sixth century) tried to unify law by codification on all levels. Imperial decrees were collected and edited into a new Code, followed by later decrees, the Novellae. Justinian also charged a committee with making an anthology of the classical Roman lawyers, the Digestae or Pandectae. To crown his achievement, Justinian decreed a manual of law compulsory for all legal education. His Institutes are written using Gaius’ Institutes. The Justinian codification was the starting point for the new study, renewal and revival of Roman law during the Middle Ages.

Roman law is first and foremost private law, law of and between citizens. In relation to it public law and the law of nations are less important. Roman law is concerned with the relationships between people, their legal actions, and the right they have on goods. Legal persons were in particular the fathers of families, the proverbial pater familias. They held great power over their wives, children and slaves. An important element is the law of procedure. The archaic Roman law was characterized by a lot of ritualized legal formulae to which one had to stick as close as possible. In a later phase one is able to choose one or more legal actions, a matter which called for interpretation: which action? Parties ruled their conflicts themselves. A judge only appeared in a final phase of the case. For centuries there were no courts. In the great public trials, like the ones in which Cicero became famous, his role was more akin to that of an orator than to the role of a modern solicitor.

Roman law is remarkable for the detailed yet succinct way one treated cases. One looked principally at things by dealing with concrete or imaginary cases (see the examples). This casuistic aspect is more important than any systematic view. One did not write a theory of damage, but about a car hitting someone on the Capitol (see D. 9.2.52.2). Of course one has tried to systematize Roman law. The great Roman lawyers treated all kind of cases when writing on several subjects or commenting the edict of the praetor. The real heart of Roman law was hereditary law. Apart from legal procedure, family law, the law of goods, and the law of obligations are the other main areas. The juridical content and level of Roman law has such quality that it has deeply influenced directly and indirectly lawyers of all times and places. It brought with it great prestige because of Roman history.

During the ages many sources have been lost forever. Scholars divide the sources into pre-Justinian and Justinian, edited and codified in the sixth century. One has reconstructed the Twelve Tables from the works of later lawyers. The praetorial edict has been transmitted in the same way, and could therefore be reconstructed. The Code of Justinian preserves decrees of earlier emperors. Thanks to their inscriptions we know which emperor pronounced which decree. The Digest was made from a large collection of legal works into an anthology centered mostly around some of the great classical lawyers. The inscription at every lex or law give a clue to its origin, and thus we know many of these authors and a number of their works. The laws have been organised around particular subjects in tituli. These tituli have been gathered into 50 libri. In some modern languages, including English, exist modern translations of the sources within the Corpus Iuris Civilis.

Justinian – versions at the Latin Library

For the online text of the Digest one can also consult the version in the Latin Library of the Packhard Humanities Institute; the concordances in this library help you to make quick textual comparisons with other texts

The English translation by Samuel P. Scott of the Twelve Tables, the Digest, Code, the Novellae, the Institutes of Gaius and of Justinian is available online: The Civil Law, including the Twelve Tables… (17 vol., Cincinnati 1932). You can read more about translations of Roman legal texts in a post from 2011 on my blog.

In Spanish you can consult online the translation of the Institutes, Codex, the Digest and the Novellae by Ildefonso L. García del Corral, Cuerpo del derecho romano a doble texto (…) (6 vol., Barcelona 1889-1898; reprint Valladolid 1988), online at the Biblioteca Juridica Virtual (UNAM, Ciudad de México) and most easily accessible through the Edictum website of Norberto Darío Rinaldi (Universidad de Buenos Aires).

Some translations with facing text:

Other resources before Justinian:

A number of other sources is also available online:

Amanuensis is a tool providing you at your computer or as an app on your smartphone with a database containing Roman legal texts based on the corpus created by Josef Menner (Linz); its interface can be tuned to many languages. More texts will be added in the future. For the Justinian Digest Marton Ribrary has developed in 2020 a relational database which you can download and install.

At DigilibLT: Biblioteca digitali di testi latini tardoantichi (Università di Piemonte Orientale) with an Italian and English interface you can both read – and after registration download – several legal texts from Late Antiquity as PDF or TEI files; there is a PDF in English with an overview of the texts included and the editions used.

The famous Codex Florentinus of the Digest, a sixth-century manuscript with a truly chequered history, is discussed here in the context of medieval law.

One could mention lots of books. First of all some introductory books that do not aim only at lawyers:

Mentioning particular titles is often dictated by tradition. For the “external” history:

On the “internal” history, the dogmatic side of Roman law, many manuals have appeared. Think for instance of the books by German scholars from the 19th century Pandektistik, such as Britz, Dernburg, Vangerow, and Windscheid. Here just some titles:

The several parts of the Corpus Iuris Romani and related sources have been the object of numerous studies, here a selection of recent work:

Some relevant book series are partuially or completely accessible online in open access:

There is a wide variety of other interesting websites:

Some general links to research in the field of Classical Antiquity: